I do not want to come in too hot here, but let’s be honest. I am not sure there is any way other than hot to come in. If you did not think this on January 6, 2021, I don’t even know where to start or how to communicate with you. This is not a partisan issue anymore, and frankly, it hasn’t been for the majority of the past four years.

The sitting President is so delusional, so arrogant that he incited a riot – a COUP D’ETAT. To call this anything but an attempted coup, an act of sedition merely is peddling harmful and dangerous lies and misinformation. There is no other reality here. This is not your opinion versus mine. These are the facts.

The facts are that the sitting President called for his supporters to march down Pennsylvania Avenue and disrupt the legal actions of what is mostly a ceremonial tradition of the two houses of Congress certifying the electors’ votes in the Electoral College.

Listen, we can and likely will get into the good and bad of the Electoral College. Trust me; I am not a fan. I know its point in the past, but I feel that we do not need it any longer and that the election should be decided by popular vote.

There is an example of my OPINION on political matters. This is a topic that we can disagree on and discourse over. But before we go on, before I write any further on this, I need to attempt to get this point across.

The facts of what happened on January 6, 2021, are not debatable. The Capitol’s riots were an act of sedition incited by the worst, most divisive, and most incompetent President in the history of the United States of America. These are facts, not opinions.

The other part of the fact that I need people to understand is that the people in that mob were part of an extremist terrorist group whose core belief is rooted in White Supremacy. They got as far as they did due to systemic racism and White Privilege.

I will go into my feelings on this in my next blog as I have already prattled on for too long. But these issues are important and profound, and I have to get them off of my chest before I burst. Because I am scared. I am angry. I am frustrated. And I am determined. I will not pass this world as it is onto my daughter or any generations after us.

We created this problem. We as generations. We as white people. We caused these issues. We have to lead the charge to fix them. It will take a long time. It will take hard work and determination. We all will have to get comfortable being uncomfortable.

I hope we can do it. Because if we don’t change, we will see the end of democracy as we know it in our generation. I don’t know about you all, but that if that happens, I want to go down as someone who fought against evil and those seeking to push their bigoted and selfish views on others. I want to be a part of the team fighting to the right centuries-old injustices and working not just to be not racist but to be anti-racist.

So, here is to another day where I stay up late running every scenario through my head—hoping for the best, fearing for the worst, preparing for the devastating. Because that is the new normal in America. How sad is that? Well, let’s wrap up the opening ramble for now and put it to bed another day. 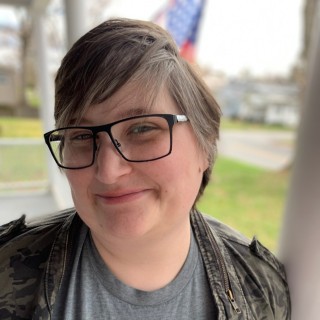